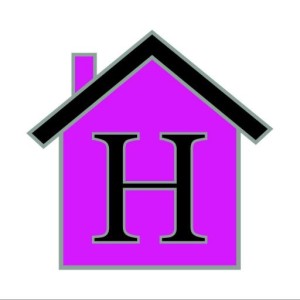 Anne had been getting glimpses of the new neighbours across the street for the last couple of days, watching as a moving truck hauled their possessions in, unpacked their stuff and settled in. So when she finally met them one afternoon after her jog around the neighbourhood, Lisa and Matt, the couple, invited her and her family over for their housewarming party, Anne had lots of ideas in mind.

She remembered the time when her and her husband, along with their two children, moved into this neighbourhood eight years ago, and how the warm welcome they got from their neighbours helped in the adjustment period. Anne knew she wanted to pay it forward and help the new neighbours feel right at home; besides, Lisa was right around her age and also enjoyed hot yoga and musicals, so Anne knew they would hit it off.

As the rest of the neighbourhood got wind of the housewarming party, many of them called up Anne to ask her for housewarming gift ideas because they knew she used to work with a home staging firm. So to keep things organized, Anne sent out an e-mail with a list of gift suggestions for the new neighbours:

A basket of household tools or paint supplies. No matter how ready for occupancy a home is, there are still things that need tweaks or repairs, and Anne knew the new neighbours would find a basket of repair tools handy, such as pliers, screwdrivers, and measuring tape. Paint supplies are also great for quick makeovers, and they can be stored until needed.

New chopping board or food preparation set. Many homeowners choose to leave behind or dispose of some of their kitchen stuff and cooking utensils, opting instead for new ones as they move into a new home. Anne included this in the list knowing that it would be a few less things for the neighbours to worry about.

Creative lighting gifts. Mood lighting, salt lamps, lava lamps, and other chic lighting fixtures are popular these days, and are not very expensive either. Anne made sure to let everyone know to stay away from excessively large lighting gifts, however, as the new neighbours are just barely getting settled in and too much clutter would be burdensome. Also included: scented candles, candleholders, and lamp sticks.